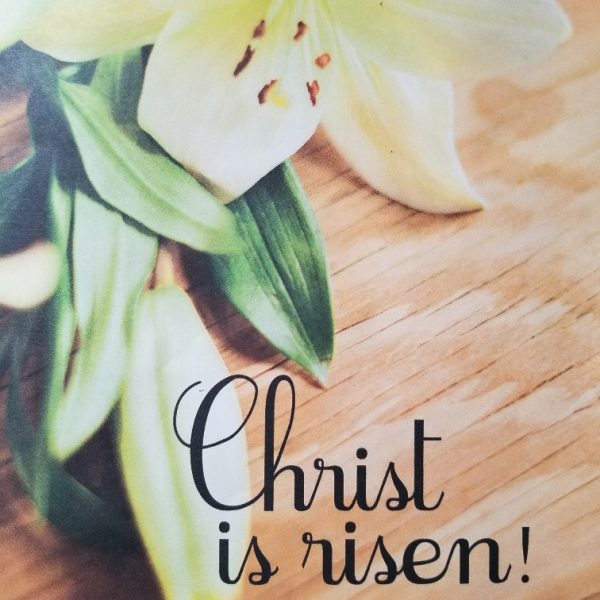 Dr. Jonathan Sloan gives a sermon based on Mark 16:1-8 to help make sense of the weirdness of Jesus’ Resurrection. If you missed being with us today, you missed a funny but relevant moment during the children’s sermon where one of the children responded to the news of Jesus’ rising from the dead by proclaiming, “That’s weird!” Christ is risen, He is risen indeed, Alleluia!

*Call to Worship
Jesus’ followers watched as the Lord was crucified and was buried.
Those who condemned Him celebrate; those who followed Him mourned.
The empty tomb was, and still remains, a sign of victory to some; a sign of defeat to others.
Those who condemn Him mourn; those who follow Him celebrate.
The truth of the resurrection may leave us scared and confused, but let us tell the world, Jesus Christ is not dead, He is risen!
He is risen indeed, Alleluia!

*Prayer of Confession
Dear Lord, when the obstacles of this world seem too difficult to overcome, turn our eyes toward the empty tomb! When we are drowning in despair, help us keep our eyes on You. When we question the promises You make, remind us that not even death can hold You! When we are confused by the taunts of those who do not believe, of those who will not see the truth, comfort us in the true victory of Life over death, of Truth over lies, of a Savior over foolish and temporary victory of humanity…(Silent time of prayer)

*Assurance of Pardon
The pain could not destroy Him, the world cannot contain Him, and our sin cannot keep us from Him. Jesus took it all and gave us His all: His mercy, His forgiveness and His never-ending love
Thanks be to God!

The Resurrection of Jesus
16 When the sabbath was over, Mary Magdalene, and Mary the mother of James, and Salome bought spices, so that they might go and anoint him. 2 And very early on the first day of the week, when the sun had risen, they went to the tomb. 3 They had been saying to one another, “Who will roll away the stone for us from the entrance to the tomb?” 4 When they looked up, they saw that the stone, which was very large, had already been rolled back. 5 As they entered the tomb, they saw a young man, dressed in a white robe, sitting on the right side; and they were alarmed. 6 But he said to them, “Do not be alarmed; you are looking for Jesus of Nazareth, who was crucified. He has been raised; he is not here. Look, there is the place they laid him. 7 But go, tell his disciples and Peter that he is going ahead of you to Galilee; there you will see him, just as he told you.” 8 So they went out and fled from the tomb, for terror and amazement had seized them; and they said nothing to anyone, for they were afraid.