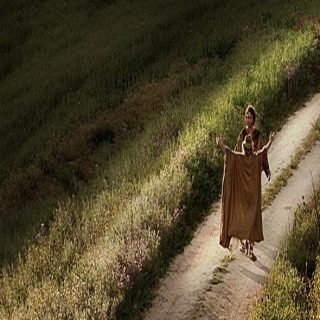 Dr. Jennifer Blake reviews the familiar story of the Prodigal Son from three different angles to define the word “prodigal” and show how extravagant God is with his love for us. Based on Luke 15:11-32

WE GATHER TO PRAISE GOD, THE LORD OF LIFE

News of the Church

Please complete the attendance form found in the red Welcome book in your pew.  Prayer request forms are also available in the Welcome book.  Thank you.

*The Greeting and Welcoming of One Another

(There are no strangers in God’s House, just friends we have not yet met.

Greet your neighbor with Christian love and let them know that you’re glad to see them!)

Leader:     We gather this morning as sons and daughters coming home;

Leader:     We humble ourselves before God,

Leader:     The same God who created us and gave us the will to walk away, runs to

us as we find our way back.

Dear Lord,  we don’t always see Your plan for us.  We chase our dreams and often only find bitter reality.  We doubt Your ability to fulfill our needs and instead seek unnecessary desires.  We run from You and Your commands not realizing that You long for our return.  Help us to use the talents, abilities and wisdom You gave us to serve You; to reach out to others; and to find our place in Your world.…(Silent time of prayer)

Leader:    Jesus gives His heart and His mercy to those who stay beside Him and those

who walk away.  His love enfolds all who seek Him and His forgiveness

reaches all who fall at His feet.

As it was in the beginning, is now, and ever shall be, world without end.  Amen.

Blessing of the Backpacks

After the Children’s Message, preschoolers through 1st graders may continue to Millard Hall for Children’s Church.  All other students are asked to remain in worship.

The Parable of the Prodigal and His Brother

25 “Now his elder son was in the field; and when he came and approached the house, he heard music and dancing. 26 He called one of the slaves and asked what was going on. 27 He replied, ‘Your brother has come, and your father has killed the fatted calf, because he has got him back safe and sound.’ 28 Then he became angry and refused to go in. His father came out and began to plead with him. 29 But he answered his father, ‘Listen! For all these years I have been working like a slave for you, and I have never disobeyed your command; yet you have never given me even a young goat so that I might celebrate with my friends. 30 But when this son of yours came back, who has devoured your property with prostitutes, you killed the fatted calf for him!’ 31 Then the father said to him, ‘Son, you are always with me, and all that is mine is yours. 32 But we had to celebrate and rejoice, because this brother of yours was dead and has come to life; he was lost and has been found.’”

WE RESPOND TO GOD’S WORD

Prayers of the People and The Lord’s Prayer (Unison)

Our Father who art in heaven, hallowed be thy name.  Thy kingdom come,

thy will be done, on earth as it is in heaven.  Give us this day our daily

bread; and forgive us our debts as we forgive our debtors; and lead us not

into temptation, but deliver us from evil.  For thine is the kingdom and the

power and the glory, forever. Amen.

WE GO FORTH TO SERVE

*Please stand, in body or in spirit